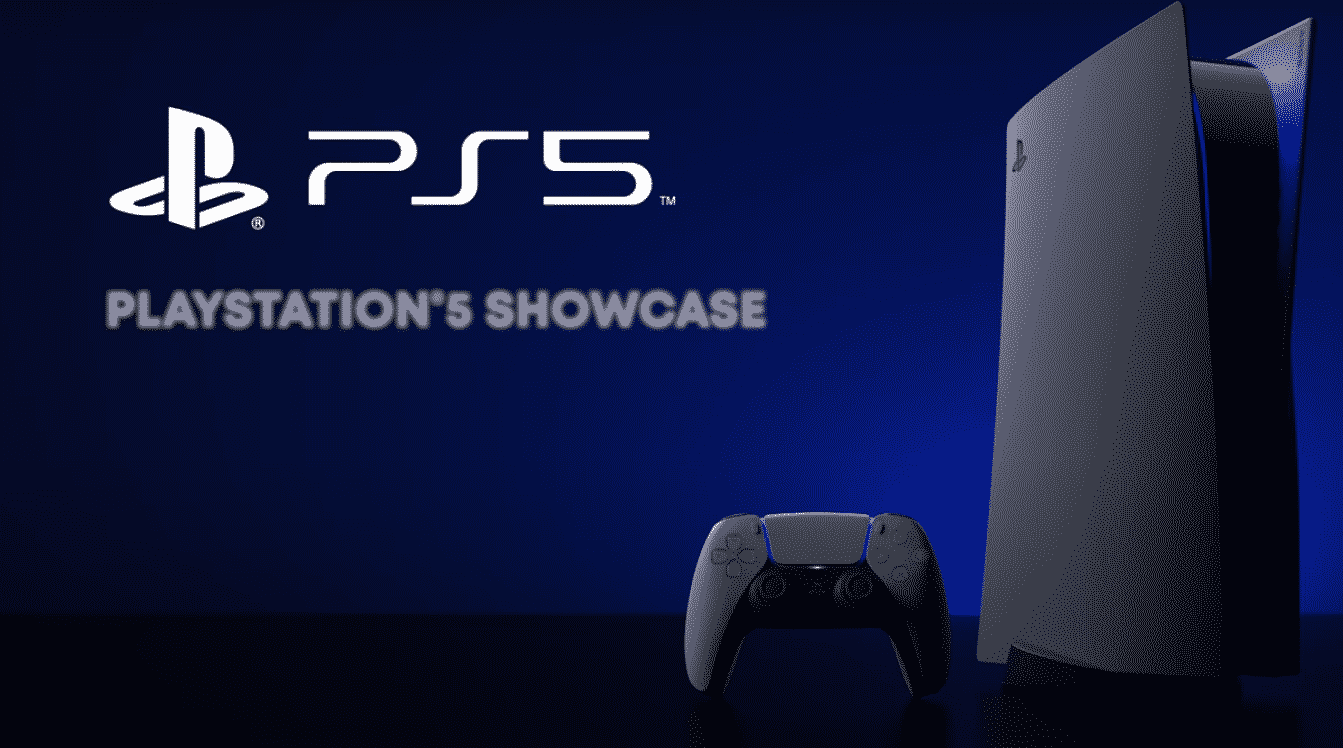 Both Sony and Microsoft have long struggled to establish themselves in the console market, and in the past year both companies have given information about the new generation of consoles to fans with a drip. Already today we know the features, models, exclusive titles, prices, and a few other things. It seems that Microsoft takes a good advantage to its rival in this new generation of consoles, nevertheless Sony for some generations has been betting on exclusive games for PS5.

Betting on the exclusive ones has been Sony’s strategy to be successful in front of the competition and it is that in this area Microsoft doesn’t surpass it and for the winds that blow, in this new generation of consoles it won’t achieve it either. We have already been shown which will be some of the exclusive games for the PS5 and without a doubt these titles are exciting, and very exciting, they are games that any XBOX fan will want to have on their favorite console.

Another title that we could appreciate during the presentation of the new PS5 is GT7, car games and high speeds can not miss on a console and Sony already has this exclusive confirmed. Every fan of this saga knows that from the fifth installment fell apart, so it is expected that with GT7 get something of that essence that had in the fourth installment.

The Gran Turismo saga has generated disappointment in their fans with the latest deliveries. The Yamauchi team wanted to complement the lack of content and variety of gameplay with quality graphics, we all love the graphics, but a game with little content does not generate many hours of entertainment however real it may seem.

Its creators have focused a lot on the online mode and have left behind what made the saga famous, the offline mode. For this new delivery it is expected that there are many more vehicles, improved campaign mode, luxury cars, to enjoy it to the fullest without an Internet connection, of course without neglecting what it offers us when we connect through the Internet. It is also expected that all game modes take full advantage of the potential of the PS5.

One of the reasons why Sony did not allow the backward compatibility of all the games of the consoles previous to the Play Station 5 was the business of the remakes. Demon’s Souls is today a cult game created by From Software for Sony and is the first confirmed remake for Play Station 5. It is a title that we all want to play again with all the power that Play Station 5 will offer us.

Everything seems to indicate that the new PS5 will offer us everything, and it is that for the nostalgic ones to return to play a title as this one in the new console of Sony generates less disappointment on having known that we will not have the retrocompatibility. This edition will be created by the company Bluepoint Games, the same specializes in the development of remakes and remasterings for video game companies, already has works that have left us very happy, as, Metal Gear Solid: HD Collection or the new editions of Shadow of the Colossus.

We were surprised to see the new Horizon in the presentation of the PS5, this will be one of the exclusive Sony sagas that every gamer will want to play. We will have Aloy back, this time in a bigger open world, we will also be able to explore underwater spaces, when we see the trailer we are eager to take Aloy through lakes and seas.

When playing Horizon Zero Dawn in Play Station 4 we notice how the loading times become long and tedious, for the new Horizon: Forbidden West these times will be reduced to the maximum and according to Guerrilla Games thanks to the PS5 SSD these loading times will no longer be a nuisance. According to the director of this sequel “the fast trips in the map will be instantaneous”, something that we will be grateful and that means a true benefit of the next generation of consoles.

Modes of game: A Player.

One of the most famous sagas of Sony, was born in 2002 by the company Insomniac Games, until the present time it has created 13 titles for Play Station, 6 for PS2, 6 for PS3 and 1 for PS4. For the year 2016 a movie based on this saga was released, and there Insomniac Games took the opportunity to restart it and present a new Ratchet & Clank for Play Station 4.

Everything seems to indicate that the success of this saga will continue with the new Ratchet & Clank: A Dimension Apart, the trailer presented with the PS5 left us good feelings, we appreciate in just over 2 minutes beautiful landscapes with excellent graphics, travel from one dimension to another instantly, is the game of variety and creativity. In this new delivery there is much expectation and may be one of the best games of Play Station 5, no doubt so far looks amazing.

Modes of game: A Player.

The new game of Housemarque exclusive for PS5, company that has made deliveries of titles like: Dead Nation or Resogun, this time goes for everything with what according to the own developer “it will be a different project to everything what we have done until now”. Returnal is an ambitious and different project, it seems that Housemarque wants to take advantage of all the new features of PS5 and include something new for the gamer world.

It is a leap in quality that Housemarque wants to give with this new project, what we know so far is that it will be a game that mixes: Shooter, science fiction and much terror. In addition we already know that it will be a feminine character with which we will live all type of experiences in an inhospitable planet full of ferocious and terrifying creatures that we will fight in third person.

As we can see in the trailer of the game, it has a lot of realism and everything seems to indicate that it will test the capabilities of the PS5. Also you can notice that its plot will be very interesting and can give a few plot turns, not to anticipate but perhaps if they manage to make a good arc of this game is possible to see a movie about it.

Game modes: One player (to be confirmed).

Astro Bot sequel game and we can say that already became the mascot of Sony, has been taken into account as the game that will introduce us to the PS5. Apparently with this title we can appreciate all the new that brings us DualSense and is that through the control we can feel the different environments in which we are. The objective of Astro’s Playroom is to show us all the novelties and capacities of DualSense, the game already comes installed in all the PS5.

In the trailer we can appreciate that it is a very similar game to Mario 64, nevertheless with better graphics and the promise that we will feel through the control what happens with the character. It is a big bet that Sony for the new DualSense technology and demonstrates it with the new exclusive Astro game to get the most out of the successor to the DualShock.

Another Play Station 5 exclusive that comes with something new, this is a game created by Lucid Games and will have a global multiplayer approach. The expectations with respect to Destruction All Stars are very high, we will be able to battle with many players in form online and the last one in being alive is the winner, the graphics are wonderful and they have taken their time to create showy characters.

In the trailer we can see how it pays tribute to his name: TOTAL DESTRUCTION. We see how epic battles are armed and not only with destruction of cars, players can walk on the battlefield and even fight while the cars pass around, this is a new feature to the games of this type that gives a plus to Destruction All Stars.

Little Big Planet is a famous saga exclusive to Sony and wants to continue on the path of success by presenting a Spin-Off. Sackboy A Big Adventure is a game created by Sumo Digital and this title will be a 3D platform game unlike previous deliveries that were characterized by being 2.5D.

The first thing we see in the trailer is a beautiful kinematics, in the “Gameplay” you do not feel that you take full advantage of the power of the console, however the game is very striking and thanks to the success of previous deliveries of the saga deserves a chance.

Until now it is only a rumor, however every day it takes more force and it is that according to the “insider” Dusk Golem, “there is a project of Silent Hill for Sony that is in process at the moment”. It is even said that the Sony management is not yet sure whether to present the game for the PS5 event that is expected in mid-September.

Silent Hill is a famous saga that some years ago cancelled an ambitious project called Silent Hills that would have the work of Norman Reedus and Guillermo del toro. It was scheduled to be launched in 2016, but in 2015 it was cancelled, allegedly due to Konami’s economic problems.

Today, a new Silent Hill for PS5 is expected and we only have to wait until another presentation of the console to know if it is a reality or a rumor. What we have clear is that so far neither Sony nor the studio have denied the rumors.

Exclusive games for PS5 and PC

All the games described above will only be exclusive to Sony, however there are a good number of PS5 games that will be shared with computers. It may be a successful strategy of Sony or a mistake, with time we will know. Some of these games will first be released for PS5 and then after a while will be available for PC.